So I thought I’d put this up for anyone thinking of buying one of these boxes just to give an honest account of my usage of this little server as both a professional network and security engineer and also a general tech nerd. I bought my HP micro server back in January 2015 and I can honestly say it has been a fantastic addition to my household for a number of reasons.

Now I have literally only just upgraded the box after using the stock processor for over a year. The stock dual core Celeron processor that came with the server was struggling under the load placed on it. Being as it is only a dual core processor what really could I expect? It did very well considering. In the end though I took the plunge and replaced it with a Xeon E3-1220. I did actually intend to use the v2 but what I actually bought was the original v1. Both use the correct socket so no harm, the v2 was just a newer manufacturing process. Note the v3 however is not compatible. It will teach me to read Ebay more carefully, but regardless, wow what an improvement it has made to the speed and capabilities. Where the server used to average at around 40% CPU usage idle it now averages around 10%. This is with 13 running always on VM’s!

The CPU upgrade also meant I had to provide some active cooling. Stock, the server is using only the passive cooler rated at 35 Watts. The Xeon E3 1220 is rated at 80. I noticed an immediate increase in temperatures once the replacement chip was in so opted to install a fantastic little 40mm case fan to force air over the cpu cooler. The fan I used was a single 40mm Noctua. This I ran off the molex using a 3 pin fan header and a cable provided with the fan to slow it from max speed to a silent two thirds of max speed. As seen in the charts, it is quite apparent I added the new chip on the 29th April, notice the CPU temperatures increase by 10 degrees. I made adjustments via the hypervisor to set to low power mode around the 1st May and added the fan on the 3rd May right where the system temperatures plunge back down again nicely.

The fan has added zero noise to the servers minimal sound (The loudest things are the disks when busy) and has a made a significant difference to the temperatures. Of course being a virtulisation host I’m running 16 GB of RAM but holding out for an upgrade to 32 GB one day if the limit is lifted from the BIOS by HP. On the remaining hardware side, the server has 2 x SSD in the 6Gb/s SATA bays (using 2.5 to 3.5 caddies) and 2 x 3TB Spinning disks in the 3GB/s bays. This provides a nice mix of speed for running the VM OS and slower general bulk storage.

I would certainly recommend the server both professionally and personally if you are looking for a cheapish virtulisation host with enterprise features. The one downside is the ILO requires a license to use all features. Not a show stopper but annoying. The limit on memory is also an annoyance but for a low power server it is still a great buy. 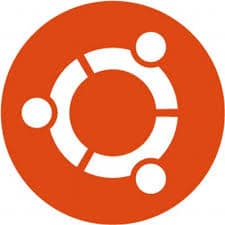